So the journey began…

The first days we were both so excited, everything was new and scary at the same time, especially because of a small setback. We all had an instant camaraderie because of that.

We all lived in the same complex building, the teammates and families. But there were some “complications” with the “villas” and neighbors. One had a homemade “brothel” underneath their apartment, others had an extra swimming pool in their stairways and one family had an extra guest who definitely wasn’t invited!  And well us? We thought we were good, but we were living in a scene of a past crime that only was discovered when we moved out! (Everything was already furnished for us when we arrived).

We had a big long couch and when the movers took that away, a human shaped bloodstain was visible! I am standing there alone with a baby in my arm staring at that stain and thinking how I possibly can explain this at home…  (Well, I didn’t)

But we all moved to another area and it was a real five star complex compare with the first one!

There was a nice pool where we would hang out almost every day and we ended our weekends with a BBQ. Every time we all were together a lot of stories were told. Every person on the team had their own story of why they choose to come to Texas and why they wanted to play for this special organization. It was always so interesting to listen and observe how the Americans were. Our cultures are so different from each other. They can be hysterical about things where a Dutch person would be like “You got to be kidding me”! Some things are hilarious. I will definitely talk more about that, next time.

And I am pretty sure our friends from the US, can write a small book about us “weird Dutchies”.

Just hoping they don’t do…

Anyways…after all those games and BBQ’s together, I got very close with two of the wives from the team, in the first year. One specifically, helped me tremendously with Sophia in the beginning and showed me so many ‘first times’ in SA. I even met her family, who are so generous and kind.  I am very grateful for that and will never forget. She is now fulfilling a dream with her family in another state and I cannot be a bigger supporter of something like that.

The other one is now one of my dearest’s friends and was also the first person I met in SA. When we arrived that first night, she and her husband took us out to get some food.

I didn’t know anything about her, but just looking at her appearance made me think; if the ‘stereotype American’ was real she definitely fits for it. (No offence)

Then later I hear her story and I am totally right! Married with her high school sweetheart (star of the soccer team), captain of her dance team, a nurse and religious, loves football (Go Green, Go White) and grew up in a big house with a supportive family.

So yes, she is definitely in my opinion… ‘The American sweetheart’.

We ended up in many adventures together. Good and bad ones.

For example that one time she brought me to that creepy park. We had a nice walk, when I noticed people were staring at us. After 10 minutes I tell her that, but she didn’t really noticed it so we walked further. We are walking and walking and then suddenly she noticed it to. Cars were driving by the park, which looked like if they just came out the Snoop Doggy Dog video clip, they opened their window a bit and looked at us and around us.

In front we see police officers taking their position for which reason we both didn’t want to know and the only thing we could think of was “where is our car?” We walk towards the police officers and then decided to go around the park back to the car.

Yeah….Bad idea! It was a scary road where nobody would find us if we got snatched away.

Of course all of this I explain with a wink, but it was pretty scary! We ran as hard we could back to our car, jumped in and locked the doors. We start laughing just because we were nervous and full of adrenaline. We drove away and ended up at Hooters to evaluate that “what just happened” story! I think that moment definitely bonded us for life!

But we also had many fun adventures like at a bowling alley. We decided to have a nice evening with the husbands and the baby. Before we even started my husband comes back and told me he couldn’t drink a beer. You have to be 21 years old (Seriously.. He looks at least 35, sorry my love) and his passport wasn’t a valid ID because the lady at the drink stand never saw one and said it was fake… Sorry.. again? what? Then on top of that, they put a “security guy” at our lane, so he would not sip beer from our friends. We all laughed so much about it, it was so funny and if you see and know my husband you will understand why.

So many moments together the last 2 years. Breakfasts, soccer games, BBQ’s, dinners, shopping sprees and on top of that a really nice holiday to her parents cottage in Michigan. I love her so much, not just because she is a very good person, but she accepted whatever we did together, Sophia was with us (not at that park). She loved and cared for Sophia, as if she were her own. We grew up in two totally different worlds and maybe that’s why our friendship is so special.

So, more about the two different worlds next time. 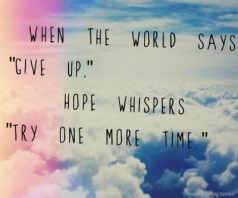 🇨🇵 Avoir la Barak et la fièvre rose 💖 #familyfirst #globetrotter #france #paris #lucky #love #happylife
Today is my 'Silk Anniversary' with 'The Haney'.
Happy 9th birthday to the happiest and sweetest 🇺🇲🇳🇱daughter ❤️
On this day... ‘a King 🇳🇱 or President 🇺🇸 was born’ (No pressure)
🖤Free expression of human mind and senses. These artists are so incredibly talented!🖤
💙 Our New Happy Place 💙